We likely do not need to explain what these types of images are — they are rampant in social media. To some, they represent some of the lowest forms of online culture, but maybe, maybe, there are alternative uses. 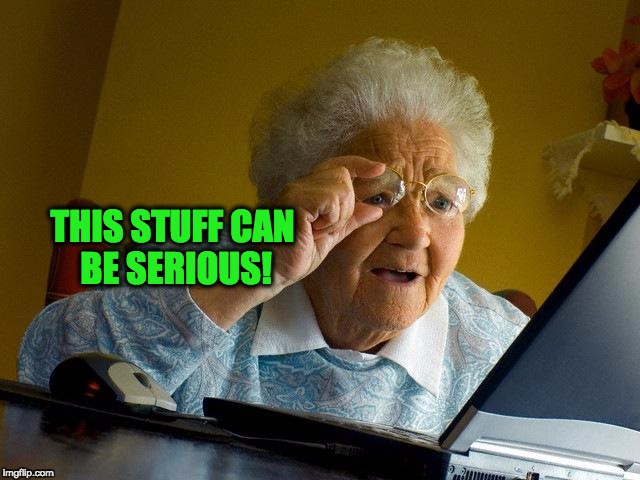 Putting aside what we think of them (or just skipping this activity), a way into them might be understanding where they originated from, doing some meme research.

Start at the imgflip Meme Generator. This site provides along the top, thumbnails of the most popular used images for making memes. Scroll along the top until you see an image you recognize or just find you are curious about. Click the thumbnail. This is where imgflip is helpful- it provides the name of the meme.

The figure from the movie Office Space may or not be in your movie lexicon. Accept that the Lumbergh character is a satire of all annoying bosses.

How did this meme image become widely used? The imgflip site tells us the name of this image is That Would Be Great.

Exploring the popular images used in memes from imgflip

Now we go hop over to the Know Your Meme site. Paste the name of the meme into the top right search box, and hopefully you will find the backstory of the meme image you selected. Our example is called That Would Be Great. The information here tells you not only where it came from, but provides context on the way the image is commonly used (sometimes the examples and the backstory maybe be NSFW). In this case we may not learn much more about it, but note that often the top message starts with “Yeah…” and the bottom message is usually, but not always “That’d be great.”

Now that you are equipped with some knowledge of this meme, return to the imgflip Meme Generator. Pick one of the top popular meme images- maybe you have seen it or maybe not. Do some of the research, and return to the imgflip Meme Generator  to make a meme message that stays within the typical usage, but represents something about your idea of a course arc (or maybe the Lumbergh character being the person running this workshop).

In this way, rather than just going for laughter, maybe we can send a sarcastic or other kind of story message your idea to arc a course concept?

For more on the idea that these silly images might have some purpose, see: A Purposeful Use for Silly Media

Example for "Know A Meme Image and Make One for Your Arc":
https://imgflip.com/i/32lcvk

After you do this make, please share it so it can appear with other responses below. If your response exists at a public viewable URL, you can add the information directly to this site.

0 Responses Completed for this Make

This work by Alan Levine is licensed under a Creative Commons Attribution 4.0 International License.